The best way we can answer the question, “Why become involved with Women Impacting the Nation aka W.I.N.?” is to share the experiences of those who are involved in this organization.

This is my story

I first became aware of W.I.N. during the elections of 2014. I had become involved in educating Florida voters on issues during that election season. I was spending hours every week as a volunteer coordinator for a small group of volunteers in my local area who were making persuasive calls to likely voters on issues that were on the Florida ballot. The organization I was volunteering with opened a local office about 6 months prior to the election and Sue Trombino was one of the guest speakers for that opening.

I can vividly remember Sue speaking that day. She was passionate about this country and knowledgeable about the issues in the upcoming election. There was no hype and no rhetoric in her speech. She articulately stated the issues and the truths – the facts – about them and asked very pointed questions that cut to the heart of the matter. And the question she often asks “What is important to you – not what matters to your spouse, your family, your friends – but what is important to you?” and the obvious often unspoken follow up, “What are you going to do about it?”

Sue does not just talk about issues, Sue advocates. She is deeply committed to her positions because she has done her homework and she know the facts. In her own words, “We need to be educated on truth and facts, not emotion and conjecture!” To that end she asks simple yet thought provoking questions without being condescending. Questions such as “Why do you agree or disagree with this?” “Have you, yourself, researched anything on this issue?” “What can you tell me about the issue?” “What about this issue is important to you and why?” “What does the bible say on this issue?”

After the formal remarks that evening, Sue invited those who were interested to a “W.I.N. Chapter Meeting” the next month. The speakers for that meeting would be Gold Star Parents Karen & Billy Vaughn. I had a friend I knew would be very interested in hearing them in person as was I. The military has always been important to me, especially as I had at least 3 family members currently serving and one of my grandsons was stationed in Iraq at the time.

That “W.I.N. Chapter Meeting” was a breath of fresh air for me. This group of women and men were meeting monthly to hear the speakers on current issues, get educated, and then going out to ‘impact the nation’. This wasn’t just idle talk or a good slogan. This is a group of people actually involved in their communities making a difference and not simply talking about issues. Those for whom the military issues of the day were important left that meeting with the phone numbers of who to call in our government about those issues. They also had information for contacting other non-profit groups that are very active in advocating for the military.

The consistent message of W.I.N. is to get educated, find what you are passionate about, and get involved in impacting the nation!

I have been with W.I.N. since attending my first “W.I.N. Chapter Meeting” in September of 2013. I was invited to join the Board of Directors in 2016. It is my honor and privilege to serve alongside Sue, Criss, Sara and Loretta on the board of Women Impacting the Nation and to volunteer with the many talented women and men who generously give their time and energy to the vision of W.I.N. 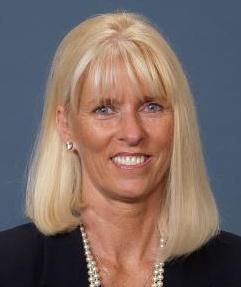 Women Impacting the Nation is a 501c3 non-profit organization

Your donations are tax deductible

Women Impacting the Nation is a 501c3 non-profit. Gifts are deductible to the full extent allowable under IRS Regulations.