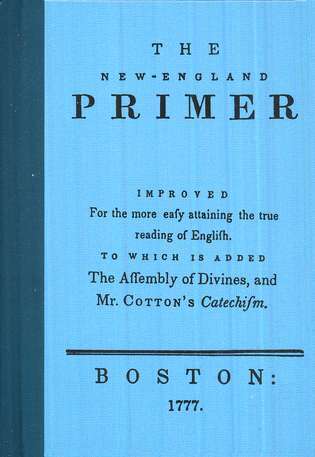 The New England Primer, introducecd in Boston in 1690 by Benjamin Harris, was the first textbook printed in America. For a century after its introduction it was THE beginning textbook for students; and until well into the 20th century (there was a 1930 edition), it continued to be a principal text in all types of American schools: public, private, semiprivate, home, dame, parochial, etc. The Founders, as well as millions of other Americans, learned to read from The New England Primer and the Bible.